Universities contribute to their neighborhood and city ,which become a part of their very existence, in social, scientific, aesthetic and artistic terms while they have been developing together with the cities they re born in. The relationship between Bornova which has been called as "Green Bornova" and the Ege University in that sense is a good example of the contributions with those how a university could add a value to its neighborhood. Bornova is identified with not only its "green texture" with its Levantine Pavilions as well. Unfortunately,most of these pavilions mystified with silence and disappeared because of the negligence as years passing by. Ege University has restored eight pavilions as being strictly loyal to its original form and revived them by taking the responsibility and brought them in texture of the city. The restoration activities to which the University gives utmost importance, would continue with the restoration of "Vinegarhouse" in 2007. Ege University brings the restored pavilions into life and assigns different functions to them. By carrying such a mission, Ege University takes the responsibility of protecting the historical texture of the city and adds historical values to the city life of Bornova and Izmir.

LA FONTAINE PAVILION
La Fontaine Pavilion, which were owned by La Fontaine Family ,a British Family of Swiss origins the beginning of 20th century, is used as the Dean s Office of the Faculty of Education.

Murat Pavilion was built by a member of British Edwards Family in 1880.The pavilion was handed over to Izmir Metropolitan Municipality in 2001. By the beginning of 2005 after the completion of the restoration of it, it s put the service of Ege University. Since then, Pavilion Murat,known as the "Centre of Community" as well ,continues to furnish services as a meeting and communication centre for the projects of social sensitivity , student clubs within the framework of " The University of The Public Workshops" 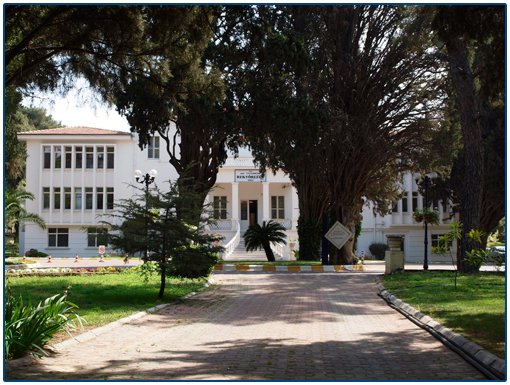 THE HOUSE WITH WELL

The Wilkinson Residence as one of the oldest pavilions of Bornova was built by Herbert Whittall who was a resident of the famous "The Big House" of the time (Ege University Rectorate Building) in 1865. The building after the completion of the restoration of it in 2006 has started to furnish services as "The Pavilion of the Year Fifteenth". The Pavilion of the Year Fifteenth is an Art Center where the various art exhibitions taking place outside of the Campus. Apart from this, there is the office of the Directorate of International Affairs and European Union in the building as well. 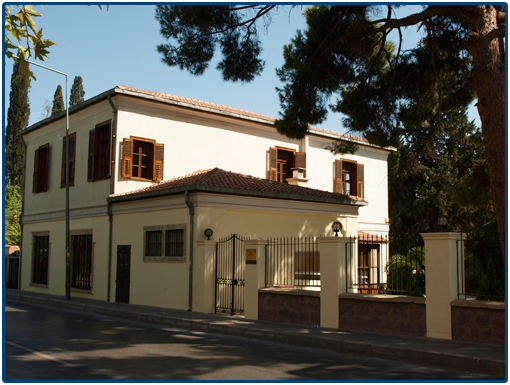 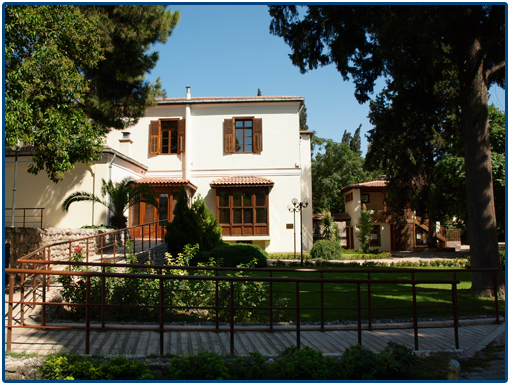 The Big House ,which had been originally built for the Dutch Nuns as a monastery in the beginning of 18th century, was bought by Charlton Whittall in the beginning of 19th century. During 19. century, the building has been known as the "Big House". In 1948, it was confiscated and handed over to the Treasury of Turkish Republic. Today, the building is used as the Ege University Rectorate Administrative Office.Two new buildings were added to its south and north flanks of the original building in order to satisfy the needs of the Rectorate which has an intensive workload.

It is estimated that this elegant house on Bornova Gençlik Street was built in the second half of the 19th century. The building originally owned by C. Balliani was sold to Charles Giraud after Balliani deceased. Today, it is used as the office of the Directorate of Strategy and Planning of Ege University.

It is estimated that this building at the corner of main street which goes to Bornova via Highway was built in the last quarter of 19th century. It had been the residence for Bari (Italian), Pasquali (Italian) and Lawson (British). In 1948 it was confiscated and handed over to the Treasury of Turkish Republic. Today, Bari House is used as University s Club House.

Pandespanian Residence (Pandispanian Pavilion), was built by the French Family of Pandespanian in 1880. It had been used as a residence by the family of Pandespania untill the family s migration to France in the second quarter of the 19th century. Later, the building was handed over to the Treasury of Turkish Republic. Today, Pandispanian Pavilion is used as a Cafe-Restaurant by the Ege University students and staff.

It was handed over to Ege University from Treasury in 1990. The restoration project for the building would be launched out in 2007.